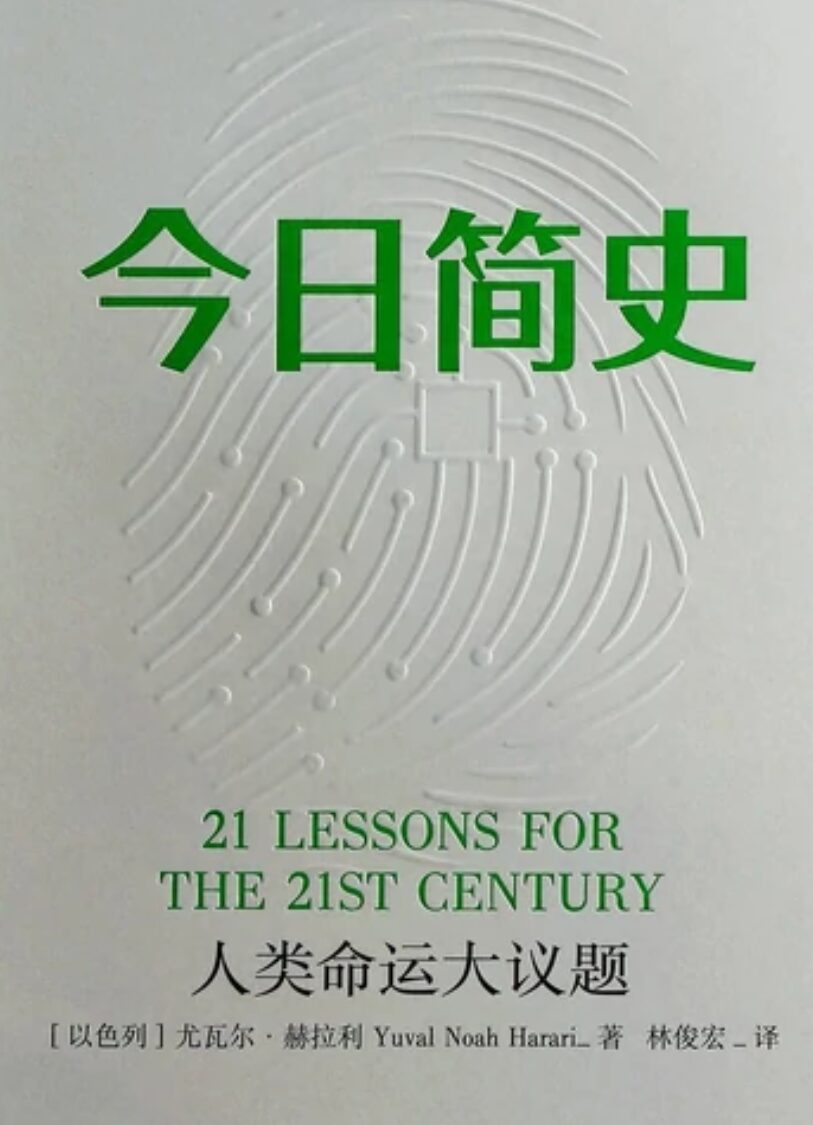 By Kelly Luo, Sep. 4, 2018
Yuval Noah Harari chose China for the world premiere of his new book, 21 Lessons for the 21st Century in August 2018. The English version is available in North America today, September 4. The author is an Israeli historian who wrote the phenomenal best-selling book, Sapiens: A Brief History of Humankind and Homo Deus: A Brief History of Tomorrow.
Here are some takeaways:

In the field of artificial intelligence, China has quickly become one of the world’s leaders. In 2010, Feifei Li, Director of Stanford Artificial Intelligence Lab and Stanford Vision Lab, launched the Image Net International Challenge, an influential AI competition in which teams from around the world compete over which algorithms can best recognize images. In the past three years, the winning teams of the competition have all come from China. According to the Forbes news report, in the Image Net competition 2017, out of the 27 teams competing, more than half of which were universities or corporate research teams in China, and most of the top performers were from China.

In his new book, Yuval mentioned that human beings have faced greater difficulties than ever before because we need to cope with the revolution of both information technology and biotechnology.  It is already difficult to understand new technologies, let alone regulate the explosive potential of those technologies.
Computer operations, for example, have made the financial industry extremely complex, and few and few people can really understand it. With the continuous improvement of artificial intelligence, the industry is likely to become an area that no human being can fully understand.

Human beings have two abilities in general:
Physical ability
Cognitive ability (learning, analyzing, communicating, understanding of human emotions)
Artificial intelligence cannot learn human cognitive ability fully because cognitive ability is related to human biological characteristics.
The job market in 2050 is characterized by cooperation between humans and artificial intelligence, not competition. New jobs are likely to require a high level of expertise and therefore cannot solve the employment problem of unskilled unemployed people. It is better to create new jobs that only humans can do.
The majority of ordinary people will turn from being exploited to irrelevant in the future – slowing down the pace of change may give us time to create enough new jobs to make up for most of the losses.
Under the influence of globalization, the livelihood of a country’s people may depend entirely on the markets of other countries. However, automation may cause damages to most of this global trade network, with catastrophic consequences for the most vulnerable.

Freedom means that all power comes from the individual’s free will, manifested in everyone’s feelings, desires and choices.
The source of authority will be transferred from humans to algorithms. After the integration of the biotechnology revolution and the information technology revolution, big data algorithms are more likely to detect and understand our feelings than we do, and the authority to control everything can be transferred from human audiences to computers. For example,  the most important medical decisions in our lives do not depend on whether we feel healthy or not, or even what judgments our doctors make, but rather the results of the calculations of computers that know our bodies better than we do.

The Importance of Philosophy

Once Artificial Intelligence knows better than ourselves, such as which profession to choose, and even how to deal with interpersonal relationships, the importance of philosophy will increase in the future as the concept of human nature and life might need to be redefined.
Humans are used to calling life a big drama made up of a series of choices. As authority moves from humans to algorithms, the world may no longer be a theatre that people can strive to make the right choices. Instead, we might think that the entire universe is a stream of data, and each organism is just a set of biochemical algorithms.

There is now a hypothesis that people are afraid of robots because they will transcend humans if they have consciousness. But what we are more likely to fear is that a robot will always obey the master and never resist. There is no problem in blind obedience, but the premise is that the master is a good person. The performance of a robot must be reflected and amplified by its built-in program code.

What Made Cirque du Soleil So Successful -- Identify the Blue Ocean