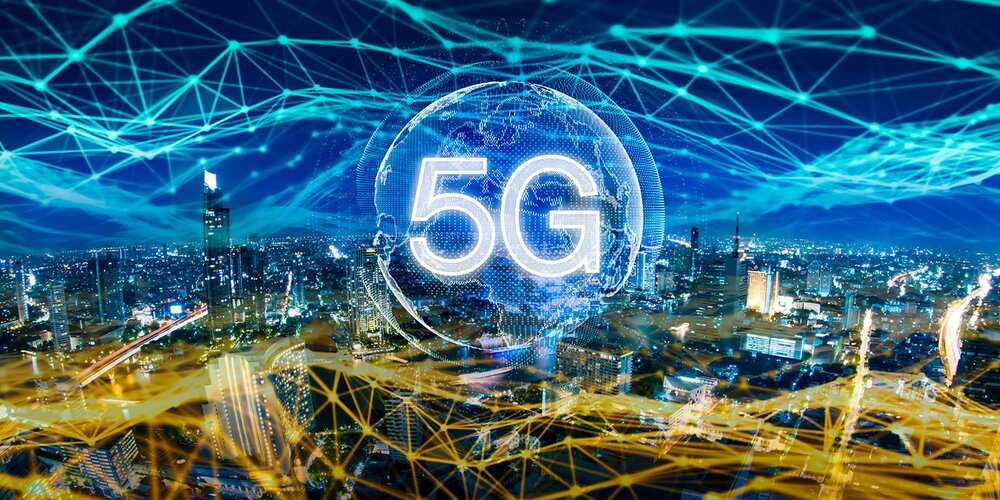 Some clients asked me that the cost of 4G deployment in many countries has not yet been recovered. Is it really necessary to deploy 5G?
Let’s first take a look at whether there is any real market demand for 5G.

Have you encountered this situation? You attended a large conference with more than 1,000 people. The keynote speaker was very exciting. You took a few photos that you wanted to share on social media. You tried using your mobile phone with a 4G network. The conference also provided Wi-Fi. But you couldn’t send the photos because the flow of data required by the photos exceeded the bandwidth of the network. Just like there were too many cars on the highway, you were stuck at the entrance and you couldn’t get on.
A conference of this size wouldn’t be organized that often in a year. However, have you ever thought that with the increase of our various network-connected devices such as wearable devices, sensors, and cameras, similar issues will become the norm? 4G bandwidth is not enough. 4G can only support 100,000 devices within a range of one square kilometre.

Early network communications can be considered as communications between computers and computers. Remote computers across the globe have been connected to the Internet which became the World Wide Web (WWW), commonly known as the Web. We want to access information on the Internet through a computer. Once offline, we have nothing to do with the Internet.
In order to improve the efficiency of information transmission, major companies are developing faster speed routers and switches at this stage. In addition, in order to make the network compatible with various computers and operating systems from different countries, a common language such as Java has been developed.
In the second generation of the Internet, the era of mobile Internet, connected devices have become lighter phones or tablets. Data transmission has evolved from fixed lines to infinite radio waves.
No matter how the connected equipment changes, in essence, it promotes the connection between people with lower energy consumption and higher efficiency.
In the era of the Internet of Everything (IoT), the number of devices that need to connect to the Internet has grown exponentially. The current smartwatches need to be connected to your smartphone via Bluetooth. The cameras at home need to be connected to Wi-Fi, otherwise, all will not work. Not to mention information security considerations. Therefore, in order to ensure smooth communications in the IoT era, designing a new mobile network — 5G has become a consideration in many countries. 5G will improve the fundamental communications infrastructure. In addition to increasing the total bandwidth of 5G, the more critical benefit is to allow all the devices to access the Internet at the same time.
5G business opportunities
In the age of the first generation of the Internet, Cisco, a network equipment manufacturer, was one of the dominant companies in the world.
In the age of the mobile Internet of Things, device manufacturers, including those producing mobile phones and communication devices, have generated a lot of money. For example, Apple has become one of the world’s most profitable companies by selling the iPhones series.
In the future, companies that manufacture IoT equipment will become the 5G winners. But the manufacturing of low-end so-called smart hardware such as low-end sensors, non-smart cameras is worthless. As the number of low-end hardware increases, the price of a single product will fall. In fact, the price of a smart camera is 50 times more than that of an ordinary camera.
In addition to smart hardware, in the IoT era, we need to develop new software and services for IoT devices. For example, software that screens the user’s identity through IoT devices, and software that monitors the environment through IoT devices etc. Presently, there are a few 5G applications on the market. This is one of the reasons why some people think that 5G is a concept hype.
With the increasing popularity of 5G, new software and applications will be produced in large numbers. Let’s take the Apple APP store as an example. With over 20 million active developers worldwide and more than 170 billion APP downloads, the Apple APP store has become one of the most stable application ecosystems in the world. In 2019, Apple’s total sales on its App Store grossed around $50 billion, according to CNBC reports. At $50 billion in sales per year, the App Store alone would be no. 64 on the Fortune 500, ahead of Cisco.
In the next article, I will introduce the current applications of 5G and which countries have deployed 5G.
You can also watch my video for the topic.
If you want to learn more about technological trends, you can register your email address on our website and have the opportunity to win a one-to-one consultation opportunity on how to grow your business faster through our global corporate resources and/or strategic investment.