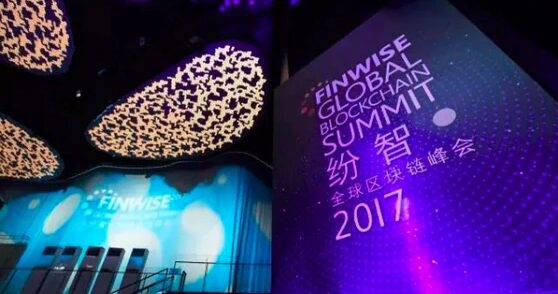 By Kelly Luo, May 1, 2018
At the Finwise Global Blockchain Summit 2017, Justin Sun, CEO of TRON, shared his ideas about “from It to Bit”. TRON is a blockchain-based decentralized protocol that aims to construct a worldwide free content entertainment system with the blockchain and distributed storage technology.

The Concept of “From It to Bit”

The concept is from the Nobel-prize nominee Shoucheng Zhang, Professor of Physics at Stanford University, who discovered the “Angel Particle.” His idea is that the foundation of our human civilization for the past tens of thousands of years is carbon, whether it is our body or an object that we use in our everyday life. However, the foundation of our civilization will be transformed to a silicon-based online form over the next one to two thousand years.

The Development of Silicon-Based Life and the Internet Age

We have undergone tremendous changes in how we view the business world since we began to understand the concept of silicon-based life.
The Web 2.0 revolution has been the carrier of silicon-based life. Facebook appeared in 2006 which has solved a carbon-based curse: the Dunbar number – we can only ever have 150 friends at most.  Nowadays, social media like Facebook, Weibo, and WeChat can connect us with thousands of people, it shows that the relationship of human beings has become silylated and has broke through all the constraints of carbon.
By 2017, we entered into the blockchain era. Blockchain transformed wealth management through cryptocurrencies like bitcoins. This is just the first step. The blockchain will soon reach many areas and touch anything that people find valuable to trade. In the next five to 10 years, all of these will make a huge difference.
Also in 2017, Neuralink, a new company dedicated to controlling computers directly through awareness was founded by Elon Musk. Neuralink has successfully demonstrated typing through awareness although the results are very primitive. Neuralink has two types of research, invasive and non-invasive. Invasive research involves some risk because it means opening your brain to chip installation. Non-intrusive research is likely to allow us in the future to live our life in the silicon-based form distributed across the Internet.

If an investment opportunity meets the following criteria, it is worth reviewing:
Does it speed up the process of transforming from carbon-based to silicon-based?
Does it give people more freedom?
Special thanks to Justin Sun who shared his insightful opinions generously.

What are the market demand and business opportunities for 5G?